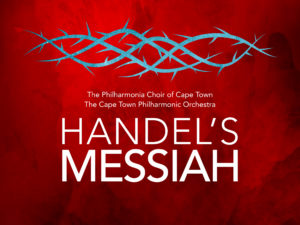 The Philharmonia Choir of Cape Town and The Cape Town Philharmonic Orchestra presents two performances of Handel’s Messiah over the Easter weekend.

Composed in 1741, Handel’s immortal oratorio has secured a place in history as one of the most frequently performed oratorios of all time. Perhaps best remembered for its “Hallelujah” chorus, this English oratorio unfolds over the course of three hours, setting liturgical texts that celebrate the prophecy, birth, death, resurrection and glorification of Jesus Christ.

Wilcocks, whose father, Sir David Willcocks, was an Honorary President and Patron of the choir from 1974 until his passing in 2015, visits from the UK, where he is the conductor and musical director of Guildford Choral Society and Chichester Singers, and of Southern Pro Musica, a professional chamber orchestra. From 1988 to 2008 he was the director of the Junior Academy, Royal Academy of Music in London, and in 2016 he was appointed Festival Conductor of the Leith Hill Music Festival – the 5th since Ralph Vaughan Williams and succeeding Brian Kay, who held the post for 21 years.

The first of two concerts takes place at Rondebosch Boys High School on Friday 30 March, with the second performance taking place at the Dutch Reformed Church in Onrus on Sunday 1 April. 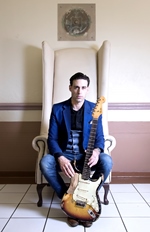 The Kirstenbosch Summer Sunset Concerts presents a live performance by blues-rock musicians Dan Patlansky and Albert Frost. Dan Patlansky has become one of the busiest and most respected blues artists 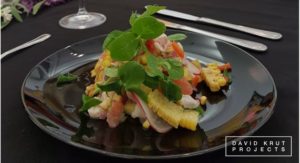 David Krut Projects Cape Town invites you to join the second edition of the Conversations between Art and Food: Deborah Bell, Uncovering ancient Memory on Sunday the 4th of February 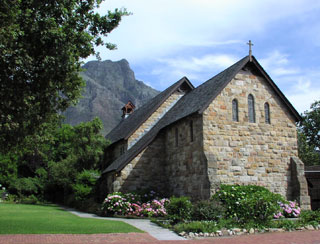 By the Symphony Choir of Cape Town. Time: 15:00–18:00 More Information This Post is sponsored by Chas Everitt Cape Town South